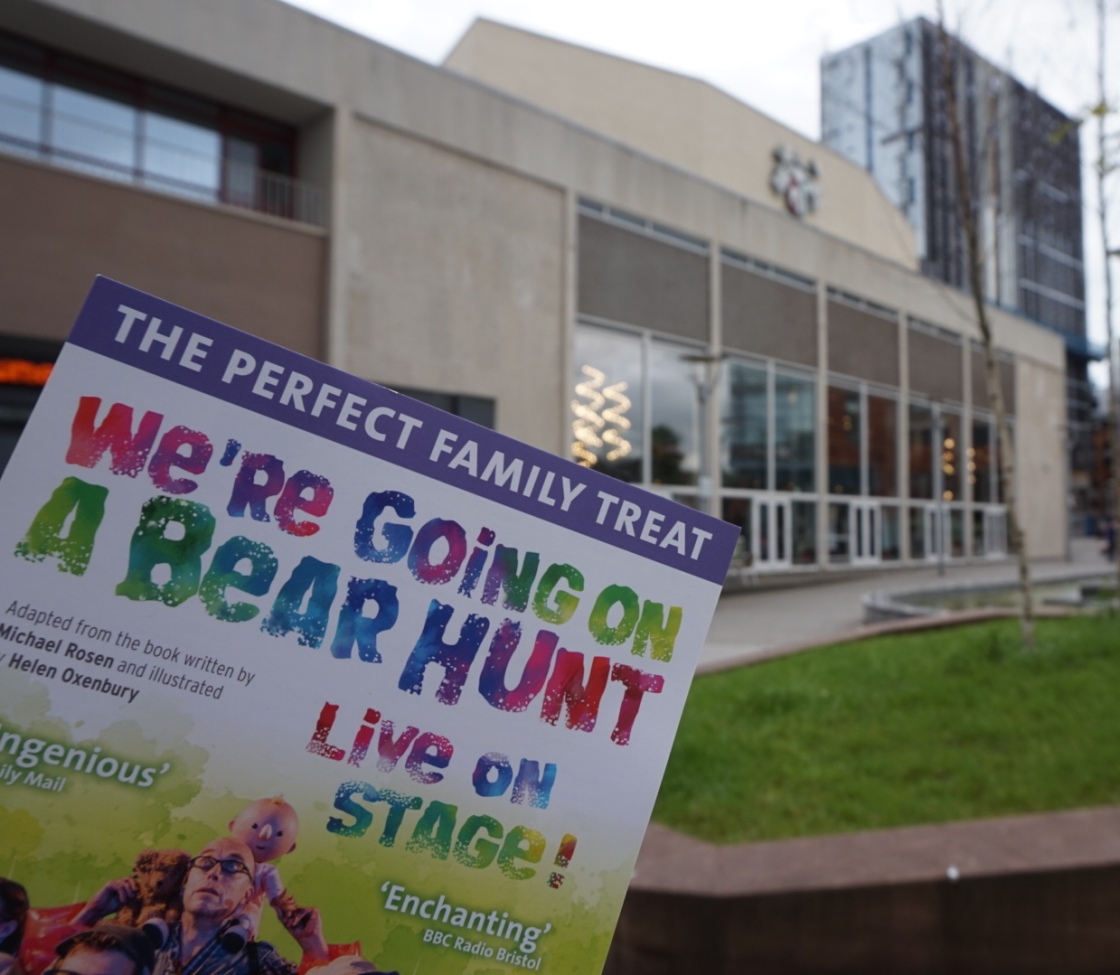 So a bit of a different one today. My nephew and I went on a Bear Hunt at the Belgrade Theatre in Coventry!

The story is exactly the same as the well known and very much loved book. An intrepid family of adventurers head off on a bear hunt, make their way through every possible situation nature could throw at them before eventually finding the bear and running off home. 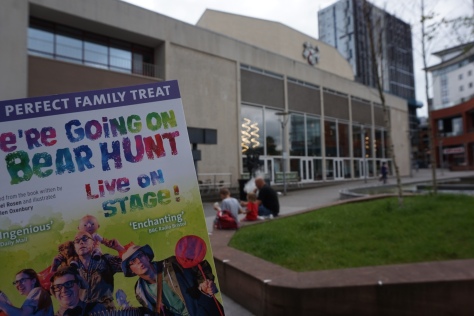 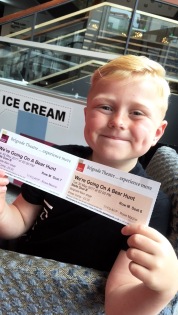 The first 10 minutes were slow to get going. I was sitting thinking to myself lets hope it picks up a bit or else my little buddy ain’t gonna last till the end. Thankfully it did indeed pick up and it turned out to be very enjoyable. The scenery is basic to say the least – sticks with green ribbons form the long wavy grass, buckets of water form the river and cardboard boxes form a rather abstract forest but it works. It lacks WOW factor but apparently that isn’t an issue for the under 7s. My nephew and I both agreed without a doubt that the best bit was when the cast sprayed the audience with water in the river section. The auditorium was filled with squeals of excitement. The mud section was also a hit providing a bit of a slapstick moment and I personally enjoyed the snowstorm as it was rather pretty to watch. Of course, the eventual sighting of the big brown bear that my nephew pointed out looked a bit more like a dog, was a highlight.

The cast are well suited to their roles and give 100%. They’re not tediously over the top either which is quite a relief to say the least. Buddy the dog doubles up as music maestro and he does a very good job indeed. My nephew even leant over to tell me that ‘the dog is good at music’ part way through! 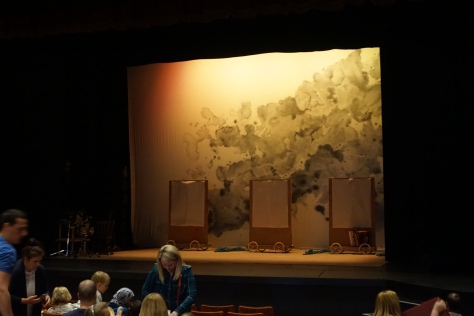 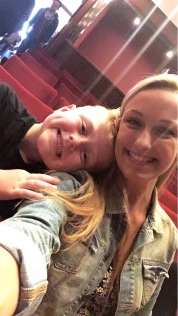 Overall, this provides a fun half-term afternoon out. Its the perfect way to introduce children to the wonderful world of theatre in a relaxed and fun environment. My nephew is 5 and he really enjoyed it, but I wouldn’t take children much older than that. I’d say by age 7, kids may be over it – its certainly aimed more towards the younger children. Its only 55 minutes long with interaction encouraged and a chilled out crowd – so if you’re nervous your little angel might be having a bad day, I wouldn’t worry too much!

You can catch this production at the Belgrade Theatre in Coventry until the 3rd June before it continues on its UK Tour. For more information, check the Bear Hunt Live Website!

*Complimentary tickets in exchange for an honest review