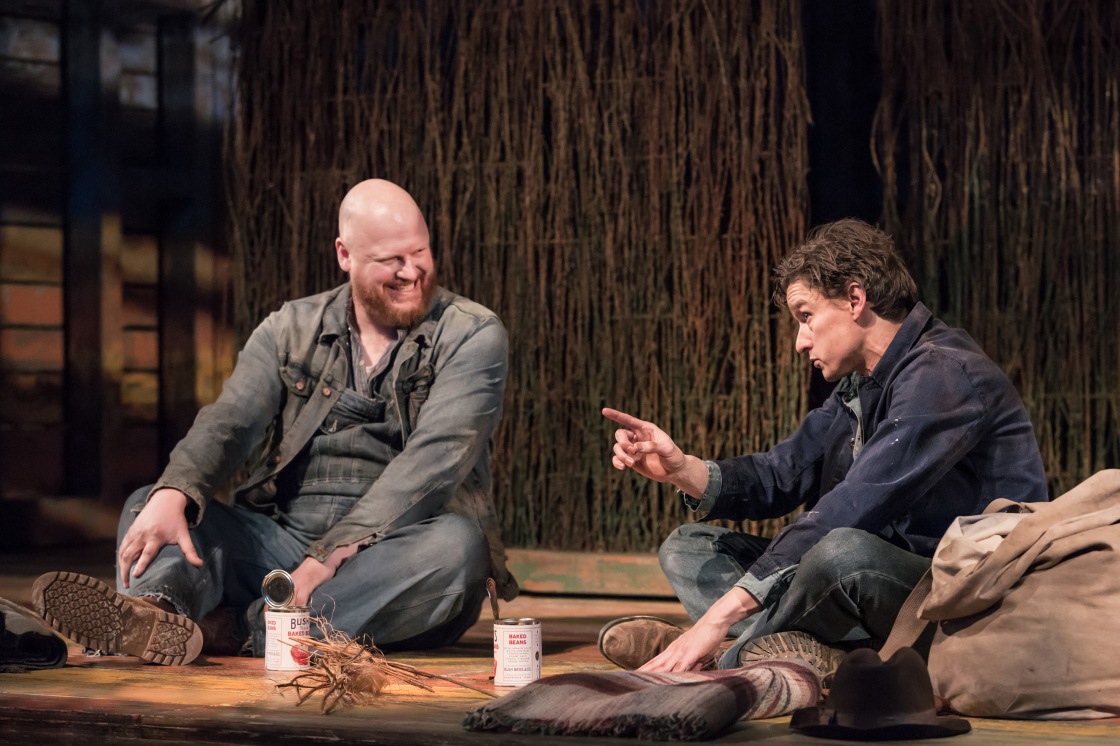 I’m sure I’m not the only one who gets flashbacks to GCSE English Literature at the mention of this John Steinbeck classic, but I’m pleased to say that this production was exponentially more captivating and beautiful than any of those classes.

Of Mice and Men is a compelling tale of unlikely friendship in 1930’s California; a time when thousands were forced to flee their homes in the pursuit of happiness. The story delicately confronts issues of misogyny, mental disability and migration whilst reminding us all of the importance of companionship and home.

The friendship between George and Lennie is key to this piece and although slow to build, it became completely believable. Richard Keightley was exceptional as a tough but loveable George and Matthew Wynn was exceedingly endearing in his portrayal of Lennie. Subtle facial expressions and hand gestures painted an effective picture of his disability without overdoing it. Although their accents faltered at times, both gave stunning performances and their final scene was heart wrenchingly memorable.

The entire supporting cast was exceptional; all giving impressive and strong performances. It felt like each person was made for their role and it was a pleasure to witness such confidence and raw talent. Particularly compelling in his portrayal of Candy was Andrew Boyer. He gave a brilliantly emotive performance and his poignant encounters with Lennie and George were captivating and incredibly moving.

Director Guy Unsworth has done a remarkable job bringing this classic to life. There is a simplicity to the entire production and yet a greatness which shines through in the delivery. A simplistic yet grand and multifaceted barn designed by David Woodhead towers over the performers and stunning lighting design by Bretta Gerecke escapes between the panelling to beautifully narrate the movement of time. Small details such as gorgeous puppetry, thrilling fight scenes and gruesomely realistic sound effects are what pull this piece together and catapult it to greatness.

This is an exquisite and touching rebirth of a beautifully harrowing classic.

You can see Of Mice and Men at Northampton’s Royal and Derngate until 10th February before it continues on its UK Tour.