Sunday 8th April marked the 2018 Olivier Awards and I was lucky enough to be invited along to a private screening at The Hospital Club in London’s Covent Garden. It was a wonderful honouring of all the incredible new theatre we’ve enjoyed in the UK throughout the past year and it provided a perfect opportunity to unite theatre lovers across the country in celebration. Unfortunately, we were not allowed to share our thoughts live, but I thought I’d jot a few down here. 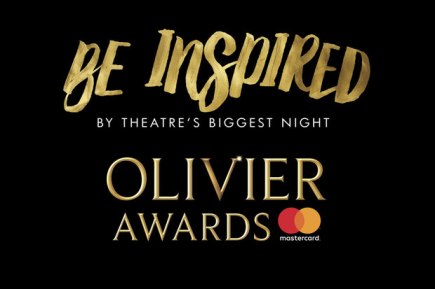 Processed with VSCO with m5 preset

My favourite part of the Oliviers has and always will be the performances. The opening number featuring the cast from Hamilton was stunning and I must say that it was incredible to see the entirety of the cast – swings and covers included – up on stage. In an evening of theatre appreciation, what a wonderful way to show appreciation to the swings and covers that keep these big shows running! They’re often overlooked but are just as important as our leads. It is always a treat to see performances from shows I’ve yet to tick off my list and those that i’ve missed – as was the case with Girl from the North Country much to my dismay.  I even enjoyed the fantastic performance by 42nd street – a show which I thoroughly disliked whilst being completely blown away by its mesmerising choreography. In fact I was intrigued to see which way best choreo would go between 42nd Street and Hamilton, both would have been very worthy winners.

I was pleased to see a good variety of shows being recognised in the awards. Although I’m a huge Hamilton fan, I’m glad it didn’t sweep. I agreed with many of the decisions, was surprised by a few and a couple disappointed me but thats all part of the fun!! I think my biggest grievance is actually rooted in the nominations – that being the lack of a nomination for Obioma Ugoala as George Washington in Hamilton as he’s blown me away every time.

Some great acceptance speeches topped off the night. Favourite quotes included “I won one of these before, 22 years ago. After about 10 years, this bit on the bottom fell off … I have to say I’m already worried. The build quality hasn’t improved.” from The Ferryman’s Jez Butterworth and “Diversity isn’t a policy, it’s life’ from Hamilton’s Giles Terera. Wise words from two deserving winners. Oh and Alex Lacamoire’s musical rendition of Lin’s Thankyou speech also deserves a shout out!

I’m already looking forward to the 2019 Olivier Awards!! With lots of new productions already in the works and my fingers crossed for a few Broadway transfers it is sure to be an exciting year of theatre! Maybe I’ll have to be quick off the mark and splash out to get myself a ticket to be in the actual room where it happens! This Oliviers taster has got me hooked!

Let me know your thoughts on the winners, performances and even the outfits down in the comments below! Also join me on Twitter and Instagram!